You are here: Home / PERSONAL STORIES (NSR) / THANKS A MILLION! 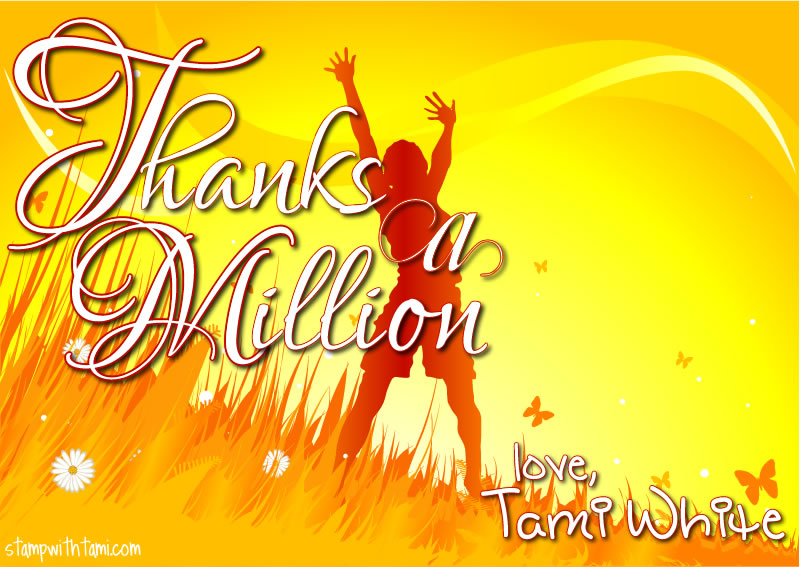 WE DID IT!!! As of yesterday (Aug 26, 2013) in the afternoon, at approximately 2pm est (but who’s counting lol), I hit ONE MILLION DOLLARS in sales! Maybe the biggest milestone I’ve ever hit in my lifetime!! Becoming the 4th person in the 25 year history of Stampin’ Up to reach this milestone, following the legendary: Mary Polcin, Lisa Fast and Joyce Ferraco…I am humbled and honored and simply speachless.

I can’t even describe the feelings and emotions of finally making this huge milestone. It’s overwhelming, and even more with so many cheerleaders…the excitement of all who reached out in these final moments as we were reaching the “finish line” via emails, phone calls, texts, comments, etc. I am so touched by your support!

$1Mil in stamps is A LOT of stamps, it doesn’t happen “by accident” or “overnight”, it’s years of dedication, loving what I do and I’ll admit sometimes it’s even “hard” work. But it’s so much more than me, this milestone is dedicated to you, my customers. Each and every one of you who have ever placed a Stampin Up order with me over the past 10 years are a part of this excitement. And especially to my stamp club members. My clubbers know they hold a special place in my heart, as they are the back bone of my business for so many years. Some have been with me since the beginning. You’ve become good friends, and I love you all so much. YOU MADE THIS!

So who was the $1 Million Customer?

CONGRATS TO RACHAEL RIFE!!! And thank you to EVERYONE who placed orders during the final stretch this weekend, it was amazing. Not only did I hit the milestone, we hit it 2 weeks early thanks to you!! I was originally shooting for September 11, my 10 year anniversary with Stampin’ Up.

Because we were counting down the sales in the end, I was able to pin point EXACTLY which order was the order that put me over the million…hence making it the “Million $ Customer” lol! That customer is Rachael, and I’m giving her a $150 Stamping Up shopping spree for being the lucky one in a million orders!!!

MILLION DOLLAR TRIP TO STAMPIN UP 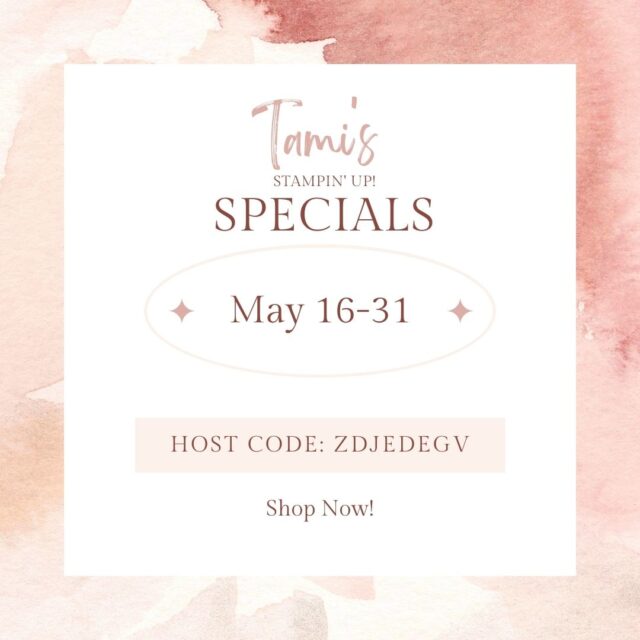 May 16-31 for Free Tutorial Gifts & Specials Must use hostess code: ZDJEDEGV

Begin with a Dream Card [Pop Up Step Series Card 11]